Thanks to her 2018 rework, Akali stands as one of the popular League of Legends champions. Whether you play her mid or top, she’s constantly a force to reckon with in solo queue. Pro players have also whipped out the assassin to great effectiveness. Now combine her strengths with the mechanical prowess of mid prodigy Heo “ShowMaker” Su from Damwon Gaming. The result? A monstrous build that not only makes Akali a damage threat but also near unkillable.

With a superstar pro player in ShowMaker brandishing tank Akali, the new overpowered build has turned heads all across the community, especially in higher elo games. It has racked up about a 54 percent win rate in solo queue. And correspondingly, the pick rate of the champion has also shot up.

Content creator and former pro Midbeast highlighted that, “In the late game, nothing will beat you in a one-versus-one.” LCS commentator/analyst and former Counter Logic Gaming jungler Sam “Kobe” Hartman-Kenzler also tweeted about how outrageously strong the tank Akali build is. “If you are skilled, you can truly 1-vs-9 now,” he said.

To optimize your build for tank Akali, you should go with the Precision tree alongside Resolve as your secondary rune path. In the past, most Akali builds would have prioritized burst damage with runes like Electrocute from the Domination tree. Now, with the goal of giving Akali more survivability, pros like ShowMaker are choosing Conqueror as the primary rune. Conqueror gives you stacks every time you attack enemy champions, and upon hitting 12 stacks, you will heal a portion of the damage dealt.

As such, the assassin now gets really good sustain, taking advantage of her inherent high damage output. It also synergizes well with the health regeneration from Second Wind in the Resolve path. And when you do drop to low health, Akali will deal more damage thanks to Last Stand. Overall, opponents will find the champion a frustrating one to deal with, but she offers a lot of potential for outplays in the right hands.

Tank Akali revolves around Turbo Chemtank as the core Mythic item. But to make the build as overpowered as it can be, you have to combine it with another item: Demonic Embrace. By combining these two items, players will achieve both high damage and high survivability—with the two aspects actually scaling with each other.

All this is possible thanks to the Dark Pact passive that comes with Demonic Embrace, which grants bonus Ability Power equal to 2% of the bonus Health. And where do you get the bonus Health? From Turbo Chemtank, as the Mythic passive empowers each Legendary item (like Demonic Embrace and Rabadon’s Deathcap) with a bonus 50 Health. As a result, the tankier Akali becomes, the more damage she deals as well.

The great thing about these itemization choices is that they also align with the runes chosen for tank Akali. Chemtank’s Refuel passive gives stacks as you move and deal damage, boosting the next auto to deal more magic damage upon reaching 100 stacks. Both Chemtank and Demonic Embrace also provide more health inherently, making Akali less fragile even as an assassin.

Plus, Chemtank’s active Supercharged equips Akali with 40% bonus movement speed when moving towards a turret or an enemy champion. With this, players can chase down opponents and even slow them with a shockwave. This synergizes well with the tenacity that you get from the Runes; you can still hunt down foes even if they try to slow or stun you.

For the third item, many players are opting for Shadowflame to gain even more bonus Health plus Magic Penetration. If you’re swinging towards more Defensive gameplay, or going in for burst and surviving as your team follows up, Zhonya’s Hourglass could be a good choice to build next. On the offense, you can also build a Rabadon’s Deathcap or Void Staff if the opponents are starting to stacking up on Magic Resist. Ultimately, the tank Akali build molds a champion that even the strongest damage dealers will find difficult to kill while still consistently outputting damage to turn the tide of fights. 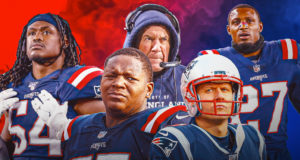