Liverpool are still pushing to sign forward Fabio Carvalho from Fulham, who are driving a hard bargain on Deadline Day.

Liverpool are one of a number of interested clubs that remain interested in the 19-year-old, who has entered the final six months of his deal at Craven Cottage.

Fulham, however, remain confident Carvalho will be at the club until the end of the current campaign, although a deal could go to the wire.

The Championship leaders are insisting on both a sizeable transfer fee and that he remains at the club for the rest of the season.

Fulham would be entitled to compensation set by a tribunal should the teenager join another English side at the end of his contract.

The expiry of Carvalho’s deal would also open the door to a move abroad as continental clubs would only need to pay a nominal fee for the forward.

Carvalho made his first-team debut for Fulham last season and has gone on to establish himself this campaign with seven goals and four assists in 18 Championship appearances.

Speaking last week, Fulham boss Marco Silva insisted Carvalho would not leave the club this month, despite it potentially being the final opportunity to receive a transfer fee for him.

“Fabio will be with us until the end of the season,” Silva said. “I would like to see him here for more years. 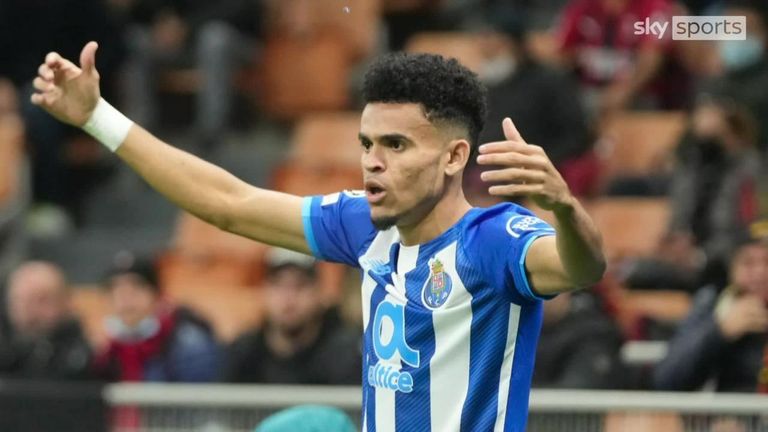 “From day one I have been trying to keep him. It is not a surprise that clubs are interested in Fabio. We are talking about a young player with big talent.

“The situation is not easy because he is in the last year of his contract, but that is the reality. It is out of our plans for him to leave the club in this window.

“It has been difficult for us to renew with him, but we are trying.

“It is always difficult with a player of this talent – even with a contract it is difficult to keep him, and without it is even worse. But Fabio will be with us until the end of this season.”

It is not hard to see why Liverpool are interested in signing Carvalho, who at just 19 and as a versatile forward who likes to operate on the left hand side of a front three, would tick a lot of boxes when it comes to the profile of an attacking player Jurgen Klopp likes to sign.

Not only that, but having been in the UK since moving here from Portugal aged 11, Carvalho also qualifies as a homegrown player, an added attraction for Liverpool.

However, whether Fulham would be willing to sell someone who has been so integral to their push to get back in the Premier League this season is open to question, even if the west London club would get more for the England U18 international in January than if they wait until the summer when his contract at Craven Cottage runs out.

In that scenario, as was also the case when Harvey Elliott left Fulham for Liverpool in July 2019, Fulham would only get a compensation fee – decided by a tribunal – for Carvalho.

So do Fulham opt to cash in on their star man now – clubs in Spain are also reportedly keen on the youngster, although the compensation fee the Cottagers would get from La Liga clubs is far lower than if they sold to a Premier League side – but risk hindering their chances of a top-flight return?

Or do they hold on to him until the end of the season in the hope Carvalho can help them hold on to top spot in the Championship, when the financial riches they would receive would negate any reduction in the forward’s transfer fee?

Liverpool defender Nat Phillips has completed a loan move to Bournemouth until the end of the season.

The club had hoped to sell the centre-back permanently but it is understood they have taken an arrangement fee of £1.5m, plus an additional £250,000 if the Cherries get promoted from the Championship, because of the offer of regular game time.

Having had an earlier £7m bid turned down, Newcastle made a request for a loan with commitment to buy if they stayed up, while Leicester also wanted Phillips on a short deal, but with playing time limited at both they were not seen as attractive propositions by the club.

Burnley were also interested but are unlikely to make any move until James Tarkowski, whose contract expires in the summer, leaves.

Phillips told Sky Sports News in December he was ready for a move away from Liverpool this month. For Liverpool, there was no rush to sell Phillips, who made 17 league appearances for the Reds last season, after he signed a new deal in August that keeps him at Anfield until 2025.

Meanwhile, Bournemouth have also expressed an interest in taking Liverpool right-back Neco Williams on loan until the end of the season.

Liverpool are understood to be weighing up the Championship club’s interest in their Wales international.

Williams, 20, is pushing for the chance for regular first-team football as he wants to play for Wales in their World Cup qualifiers in March.

The clock is ticking. Who will be on the move before the transfer window closes at 11pm on Monday January 31?

Keep up-to-date with all the latest transfer news and rumours in our dedicated Transfer Centre blog on Sky Sports’ digital platforms. You can also catch up with the ins, outs and analysis on Sky Sports News.

Follow every Liverpool game in the Premier League this season with our live blogs on the Sky Sports website and app, and watch match highlights for free shortly after full-time.

Get all this and more – including notifications sent straight to your phone – by downloading the Sky Sports Scores app and setting Liverpool as your favourite team.

Hear the best Premier League reaction and expert analysis with the Essential Football and Gary Neville podcasts, keep up-to-date with our dedicated Transfer Centre, follow the Sky Sports social accounts on Twitter, Instagram and YouTube, and find out how to get Sky Sports.