Gone are the days when youngsters were admonished for wasting hours e-gaming before a console, PC or mobile. Today, with increasing smartphone penetration and digitisation across India, the tables have turned and esports has become a much vied-for lucrative profession for both the urban and rural youth. And why not? It is finally putting them on the road to glittering name, fame and money.

Esports is now a medal sports at the Asian Games and has a great future at the Olympics. India won a bronze medal at the 2018 Asian Games in Jakarta. Esports was a demonstration event in Indonesia but in the 2022 Games in Hangzhou, China, esports will have 24 medals up for grabs in eight different games.

Games like FIFA (made by EA SPORTS), an Asian Games version of PUBG Mobile and Arena of Valor, Dota 2, League of Legends, Dream Three Kingdoms 2, HearthStone and Street Fighter V will each offer three medals. These will count towards the final standings in the Games. India, with several experts in this art of sports, will be a serious medal contender.

Esports is a serious career option as well. India is estimated to have about 150,000 players and around 60,000 esports teams. India’s esports industry is set to quadruple in size to Rs 1,100 crore by 2025 from Rs 250 crore at present—clocking a compounded annual growth rate of 46%, according to an EY report.

Major platform owners like MPL, Paytm First Games and Nazara are increasingly turning their attention towards esports as the legalities and regulations are relatively favourable than games that involve stakes and where the luck element is more predominant that skill.

Here are India’s top 10 online gaming content creators that are setting the bar high and aspiring many more youngsters to take up esports professionally:

Naman is popularly known as ‘SouL Mortal’ in the gaming circuit and is India’s most popular Battleground Mobile India (BGMI) Mobile player known for his tactical acumen. 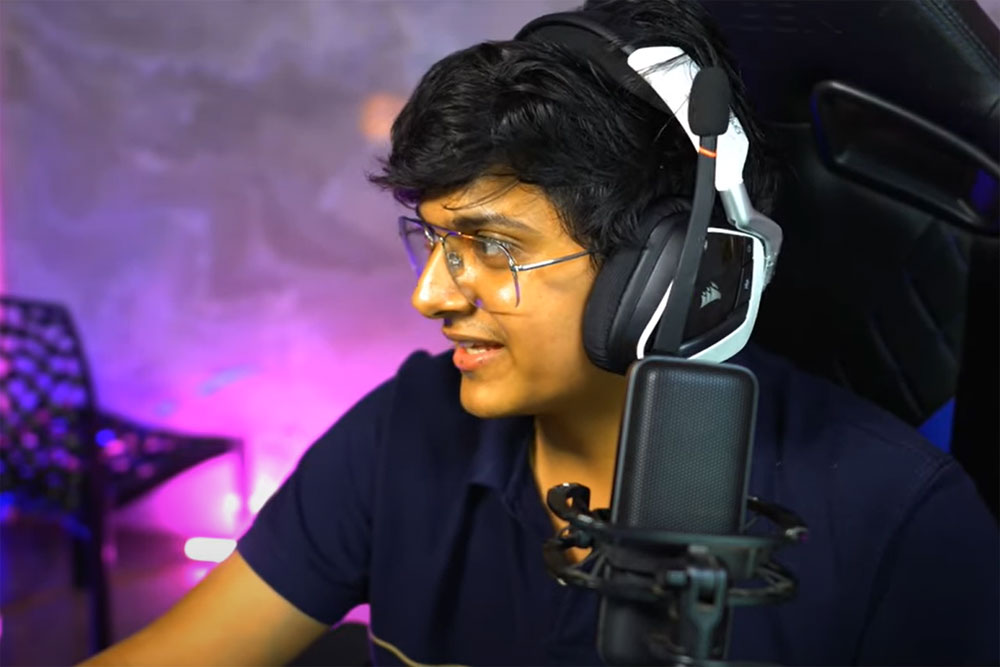 Naman today owns a YouTube channel ‘Mortal’ but started off playing games like PS1, PS2, Mini Militia, Contra, Mario, Dangerous Dave, GTA San Andreas/Counter-Strike when he was very young. He is the first player from India to be nominated in the ‘Streamer of the Year’ category consecutively at the Esports Awards 2020 and 2021.

Animesh or ‘8Bit_Thug’ as he is popularly called, is a well-known BGMI Mobile player. He is the founder of BGMI team ‘SOUL’ and also owns 8BIT – a gaming lifestyle brand in India. Animesh left a career in Cost Accounting to follow his passion for e-gaming. 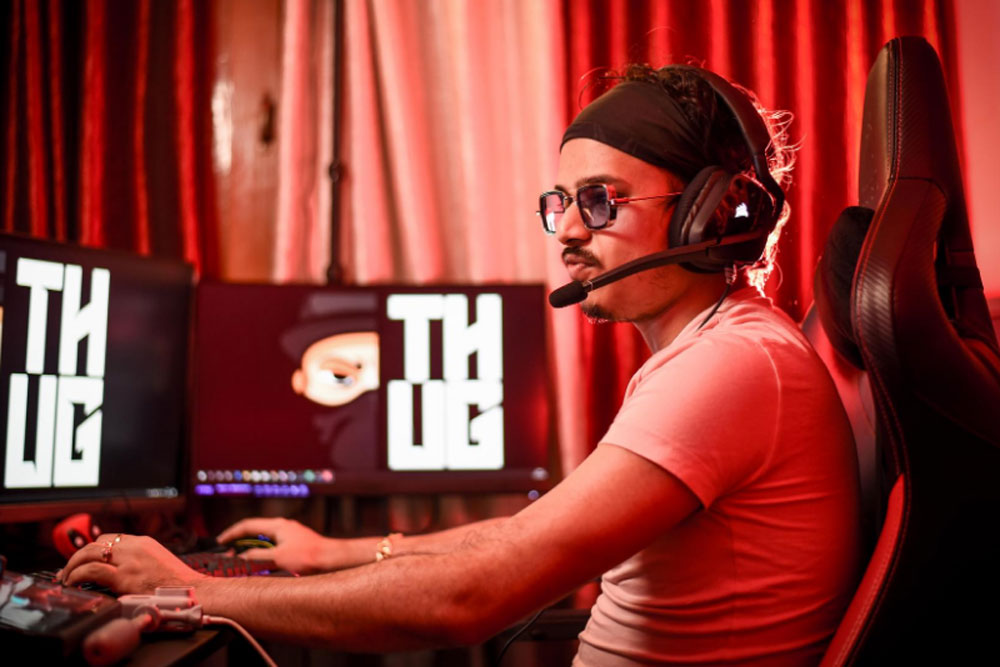 He was the first Indian roster to participate in the PUBG Mobile Star Challenge back in 2018. Today, he is a respected name among the gaming community having moved to the other side of the fence to manage influencers and introduce new players into the scene while connecting them to brands.

Better known as ‘V3NOM’, Ankit is one of the finest and most popular Counter-Strike players in the country. Ankit is the founder and face of team ‘BRUTALITY’ and also heads operations. He has been named India’s first Red Bull gaming athlete and is also brand ambassador for companies such as Intel and Alienware. 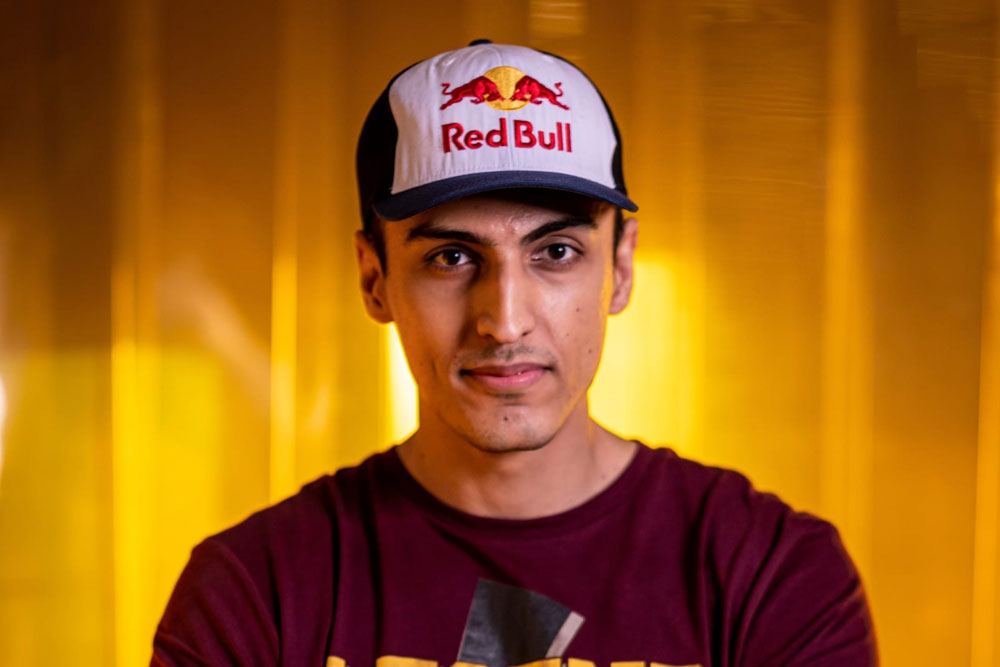 Ankit first got a taste of e-gaming as a young 15-year-old when he played Counter-Strike 1.6 in a cafe near his home. In the last decade, he’s come a long way transitioning to Counter Strike: Global Offensive.

Esports is no more only a testosterone-driven profession. More women are giving the boys a run for their money. And if you have the looks, it adds to your assets and public image! Gamer and streamer Shagufta ‘Xyaa’ Iqbal is one such gem. 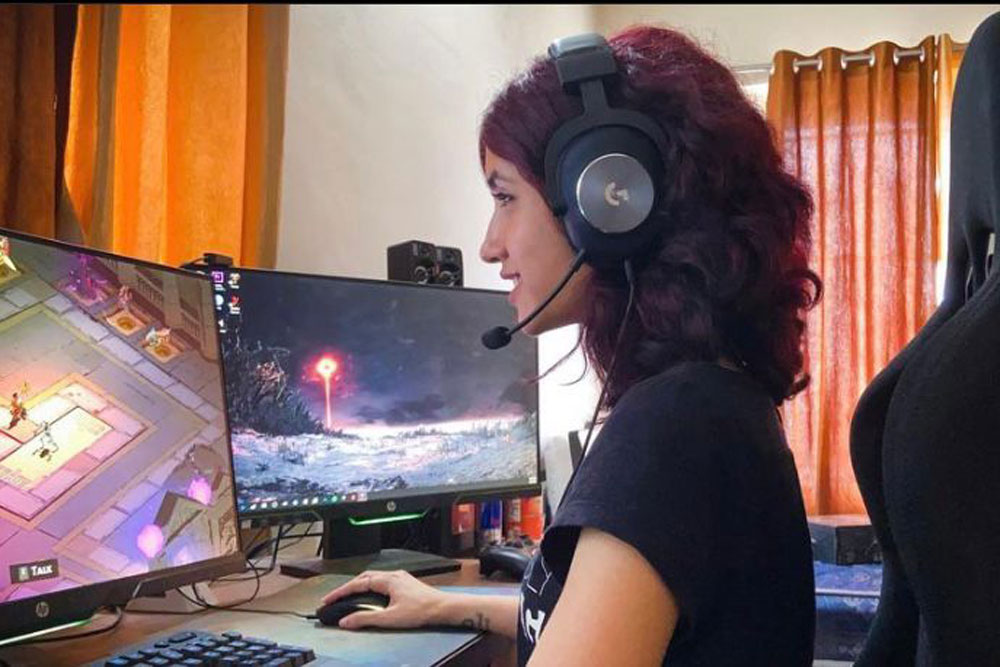 Shagufta started playing video games at the age of 12. At 25, she left her cushy job as a software engineer to stream full time. She loves to play BGMI, Apex Legends, Call of Duty, Counter-Strike: GO, Overwatch and Fortnite, but PUBG (now BGMI) is her all-time favorite.

This business management graduate is today a famous gamer and YouTuber a.k.a. ‘DYNAMO’, named after a renowned magician he is fond of. From being a completely outdoor sporty guy who played football, table tennis and badminton, Aadii Sawant moved to full time gaming. 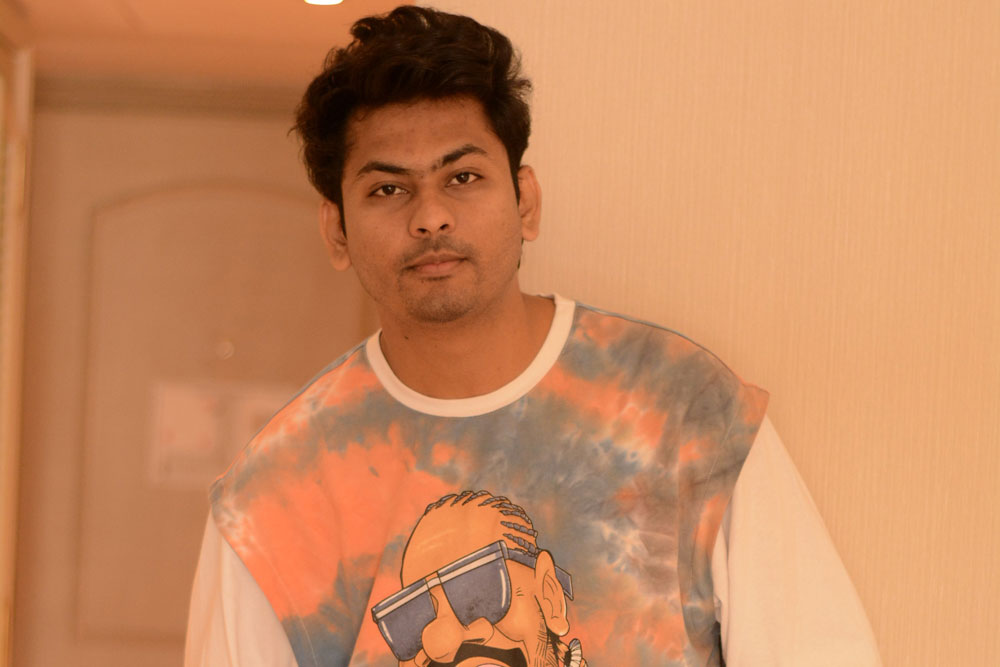 Dynamo was initially known for playing BGMI Mobile on PC via an emulator but now does only mobile streaming, putting out live content on games such as Counter-Strike, Grand Theft Auto 5 and Defense of the Ancients or DOTA 2 and BGMI on YouTube. Aadii Sawant, 22, is name to reckon with in esports and has a huge fan following that’s only growing.

With over 30 million subscribers, Total Gaming posts a series of gaming clips from Garena Free Fire to Minecraft. Most of the channel’s clips are dedicated to Garena Free Fire. 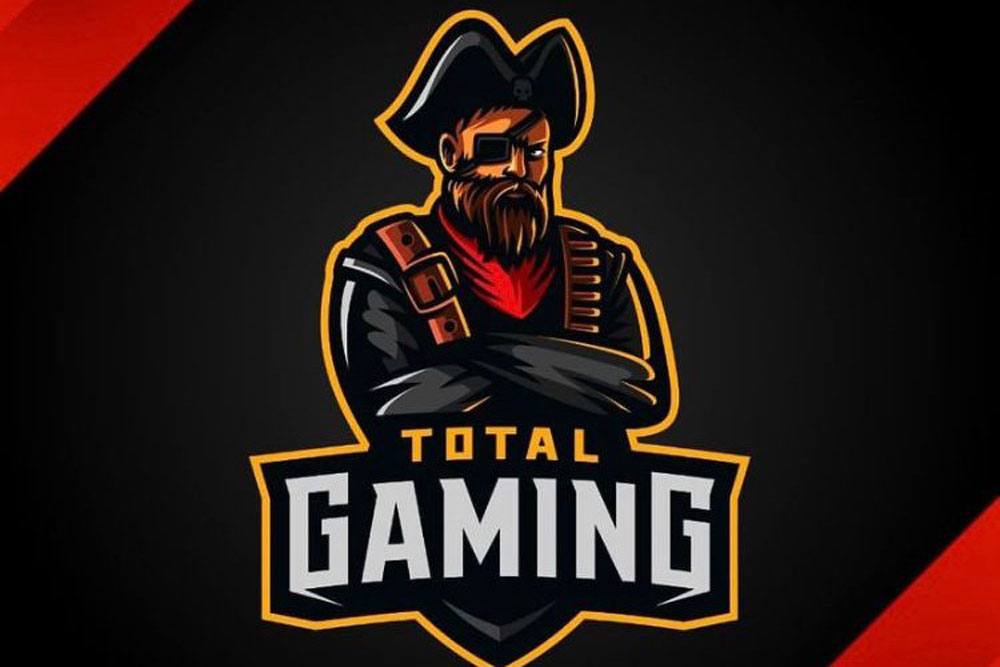 If you enjoy that game, you should definitely check out this channel. Run by Ajay, the channel offers Hindi commentary on games like Call of Duty Mobile, BGMI, and GTA V.

The YouTube channel Techno Gamerz has about 22 million subscribers is among the top YouTube channels in India for 2021. Run by Ujjwal, the channel focuses on mobile gaming, with Android ecosystem at the centre. 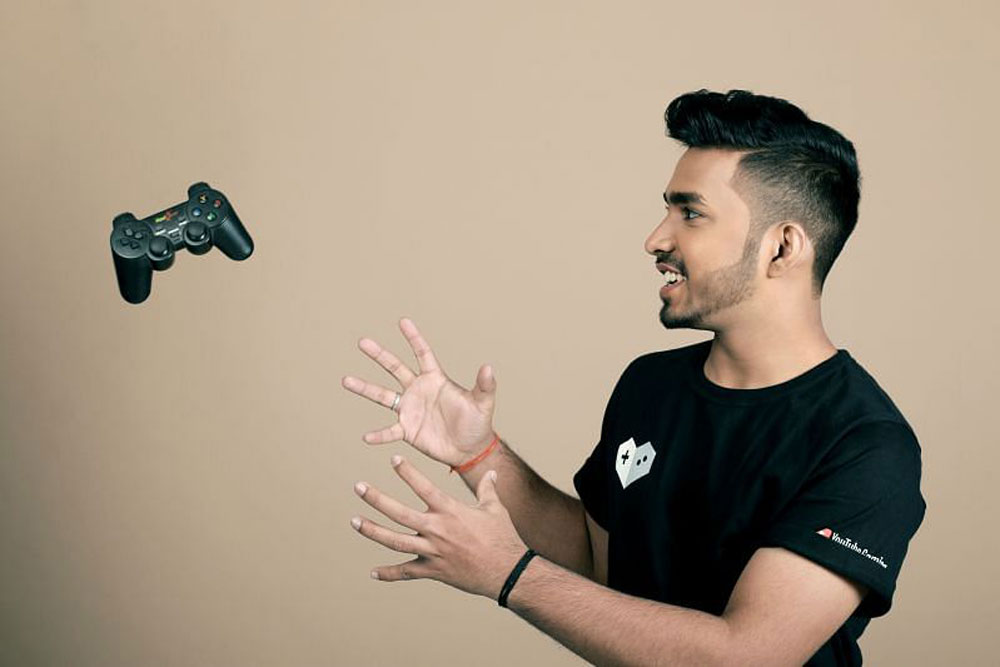 With over 12 Million Subscribers Desi Gamers is the 5th biggest Free Fire Content based YouTube channel. The Channel is run by Amit Sharma who uploads gameplay clips of the Garena Free Fire with his funny commentary in it. 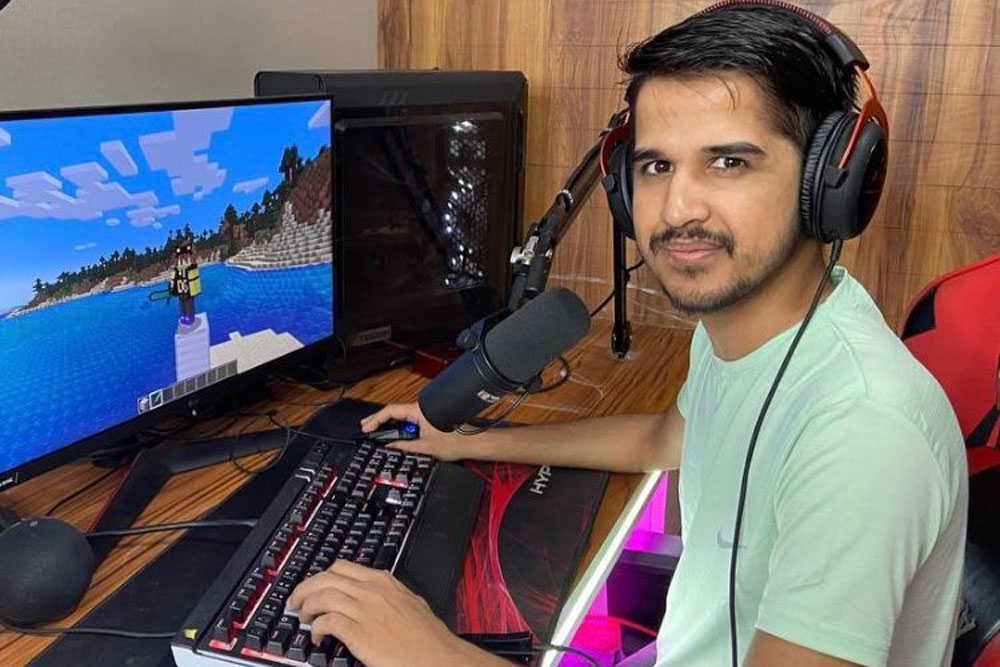 Amit started his YouTube Journey with Animation and Dubbing videos but shifted to Free Fire after 15000 subscribers.

Started his YouTube journey at the Age of 15 Aniket who is popularly known as King AnBru has over two million subscribers on YouTube. Shubham started out with vlogging and shifted to gaming with Counter Strike and Mini Militia before making a name for himself with PUBG Mobile. 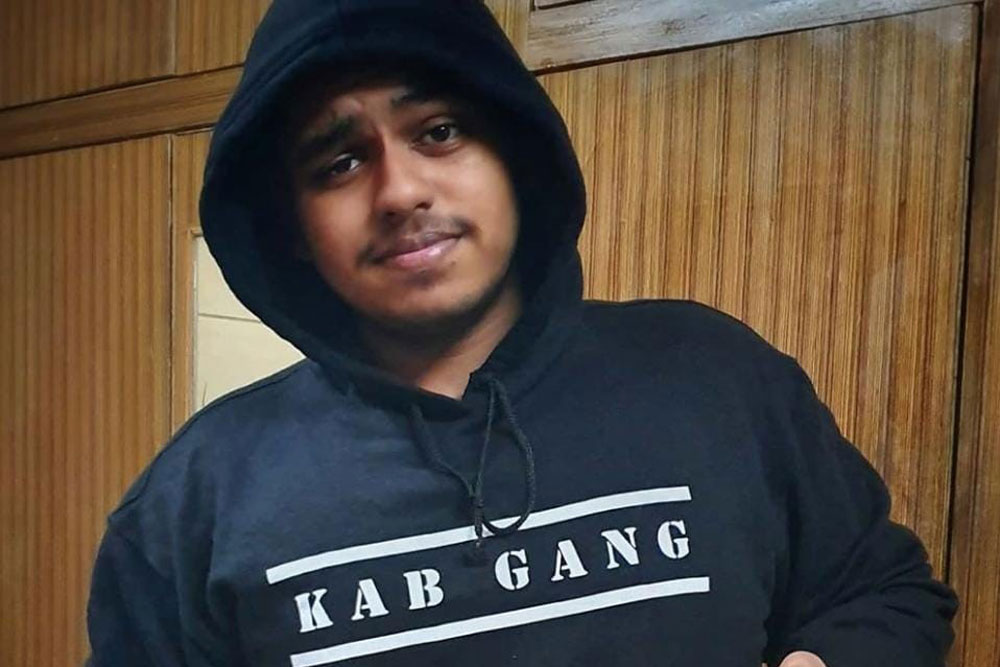 The USP of Aniket’s channel is his daily uploads of BGMI gameplay videos with his humorous commentary. With keen interest in finance, Aniket’s dream is to open a school where he would teach the kids importance of finance and investments along with the other subjects.

Tanmay Singh better known as Scout is a BGMI player and content creator with over four million subscribers on YouTube. He started his YouTube channel in 2018. 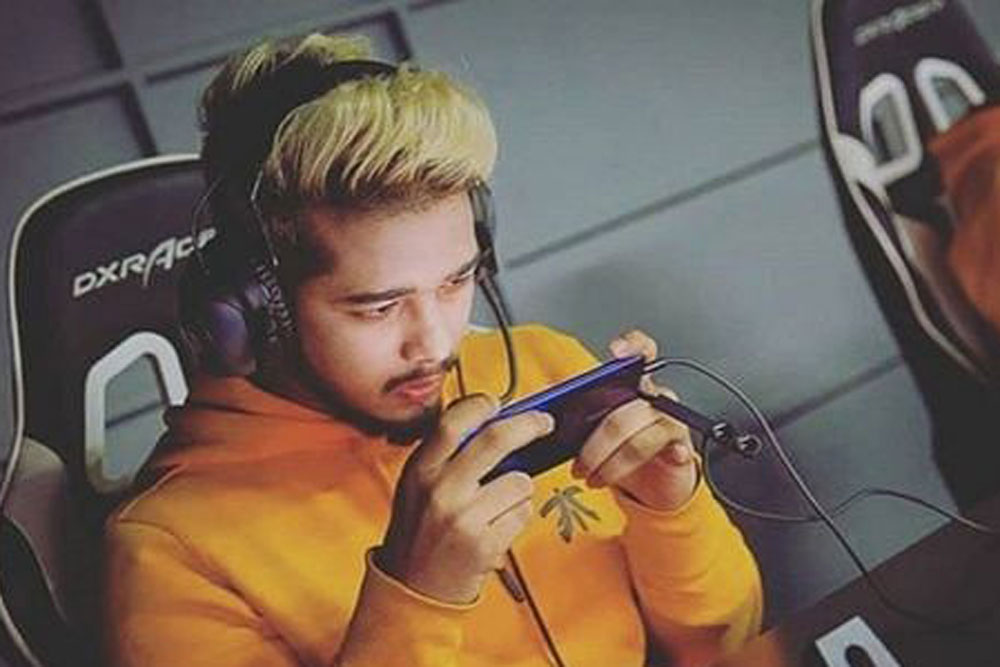 These young guns have really set the ball rolling to make esports in India the most coveted profession. They play big and earn big!

(Kumar Gaurav is a communication professional and curates esports content. Views are personal)