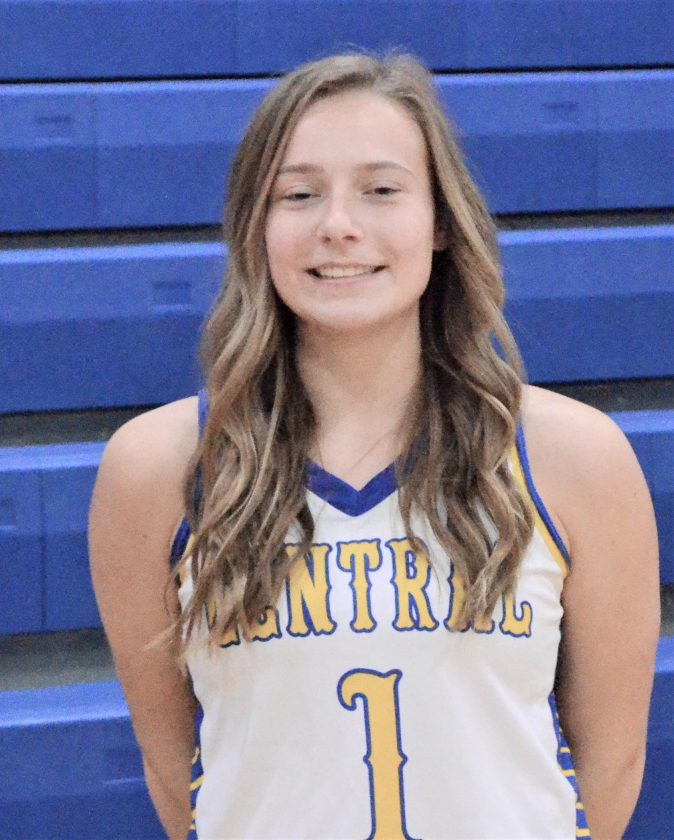 RICHMOND — Catholic Central grabbed an eight point lead at the break, watched it disappear in the third quarter then did just enough down the stretch to collect a hard-fought 44-39 victory over Edison Saturday.

With the triumph, the Crusaders improved to 6-3 and earned a sweep of their season series with the Wildcats. Mark Smyth’s club dropped to 6-4.

“That was a big win for us against a quality opponent,” said Central coach Jess Looman. “Coming in, we knew it was going to be a physical battle in a tough environment and it was. Mark (Smyth) always has his girls ready to play and they never quit.

“I thought we played well and played smart in the first half. We kind of lost our composure in the third and let Edison’s defensive pressure get to us. Fortunately, we regrouped in the fourth, took better care of the ball and made a couple of big shots.”

Central led 9-7 after one as Theresa Kerker knocked down 5 points and Katie Zatta added four. The Crusaders outscored their hosts 13-7 in the second. Zatta connected twice from behind the arc to spark Looman’s squad.

In the third, Edison’s Alysea Fiedorczyk found her groove on the offensive end, swishing a couple of 3-pointers and canning a jumper from the lane. Thanks to her effort, the Wildcats closed to within two (31-29) heading into the fourth. Pressley Meadows contributed 4 points to Edison’s cause.

A couple of triples from Zatta and Kerker keyed Central’s fourth quarter spurt. Ellen Rohde added a pair on a put back. Five free throw makes helped Central put the game on ice.

“Those threes were critical,” Looman said. “Those free throws also were big but we have to do a better job at the line (Central was just 5 of 10 from the stripe during the fourth and finished the game 12 of 22).

Savanna Ankrom kept Edison close as she scored five in the fourth. Fiedorczyk added another 3-pointer.

“It was a very good basketball game,” Smyth said. “Central’s girls really got after it and I have no complaints with the way we played. Our girls played really hard. They just made a couple more shots than we did.

“I’ve said since the beginning of the year that I have fantastic kids. They don’t quit and they try to do whatever I ask. I am really proud of them. We just didn’t get it done today and that happens.”

“We rely heavily on Katie to lead our offense and she came through again today,” Looman said. “T.K. continues to improve and is getting more and more confident with her outside shot. It’s important for us to have other players step up offensively and T.K. did that today.”

Fiedorczyk paced Edison with 17. Ankrom finished with 10 and P. Meadows 6.

“There were some games I think we could have won early in the year but it is what it is,” Smyth said when asked about his team’s performance through 10 games. “We are where we are. Like I said, I have no complaints about the way they played. The only thing we can do is go forward and keep working.”

Catholic Central used a big fourth quarter to earn a 31-27 win in the junior varsity game.

The Crusaders outscored the Wildcats 13-6 during the final six minutes.

Emma Loprete scored 10 for the Wildcats.

Central has two games scheduled before Christmas. On Monday, the Crusaders travel to Caldwell, the varsity only tip is set for 7:30 p.m. Central then entertains Conotton Valley Tuesday. Game time is 7 p.m.

The Wildcats are back at it Wednesday when they visit Wellsville.

Today’s breaking news and more in your inbox