Could Shiba Inu Be A Monster Metaverse Winner? – Motley Fool

What does the most valuable player of the NFL’s championship game say to the camera after winning? Where he’s going next — to Disney World.

If the cryptocurrency world had a championship most valuable player in 2021, the honor would have to go to Shiba Inu (CRYPTO:SHIB). No other digital token delivered anywhere close to the gain that Shiba Inu did last year.

And like the NFL MVP, Shiba Inu has a next destination planned. It’s not Disney World, though. Instead, it’s the metaverse. In November, Shiba Inu Games project lead Shytoshi Kusama wrote on Medium that “the future of gaming is Shib.” He could also have said that the future of Shib is gaming. Could Shiba Inu be a monster metaverse winner? 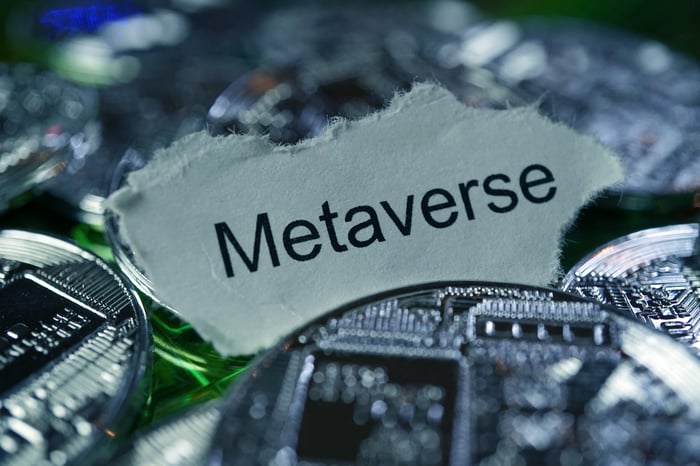 Ever since Facebook announced the change of its name to Meta Platforms in late October, we’ve seen a kind of metaverse mania. Investors’ interest in stocks that could profit from the metaverse has skyrocketed.

Gaming coins with their own “metaverses” have also enjoyed huge booms. Decentraland shot up more than sixfold in only a few weeks. The Sandbox jumped well over 8 times.

But while these metaverse cryptocurrencies were soaring, Shiba Inu was sinking. The meme coin was missing out altogether on the metaverse mania. However, it appears that this will only be a temporary situation.

As mentioned, Kusama’s Medium article posted on Nov. 26 laid out a vision for Shiba Inu’s future. He asked: “What is Shib becoming? How can Shib grow into more than anyone expects?” And his answer was that Shiba Inu’s destination is the metaverse.

Shiba Inu has already taken two big steps forward in achieving the vision Kusama articulated. First, William Volk was brought on as a consultant to head up the development.

Volk boasts an impressive track record of developing games. He served as vice president of technology for Activision Blizzard. He oversaw the creation of multiple successful games during his tenure with the company. Volk has also worked with several other gaming companies during his long career, including running his own game studio.

Kusama’s Medium post hinted that an AAA studio (i.e., one with an impressive track record of developing multimillion-dollar games) had also been lined up. On Dec. 7, the identity of that studio was revealed. Playside Studios announced that it had signed an eight-month contract with Shiba Inu Games to “develop a multiplayer Collectable Card Came which is planned to be released on multiple platforms.”

Playside ranks as the largest publicly traded video games developer in Australia. It has developed more than 50 games, including several with major studios such as Disney, Pixar, Warner Bros., and Nickelodeon.

The game that Playside is developing for Shiba Inu Games will be targeted for mobile use and won’t be based on blockchain. However, Kusama stated that the game will be exclusively licensed to the Shiba Inu decentralized team to incorporate into the Shibarium layer-2 solution built on the Ethereum blockchain. Ultimately, this will morph into the “Oshiverse” — Shiba Inu’s own metaverse.

These efforts could put to rest some of the criticisms that Shiba Inu doesn’t have any competitive advantages. Kasama claims that Shiba Inu “is positioned to take over the gaming landscape in 2022.” That’s probably a stretch, considering that the initial game being developed by Playside isn’t scheduled to launch until the first quarter of 2023.

On the other hand, it’s possible that the Oshiverse could truly offer unique capabilities that set it apart from rivals. Will Shiba Inu be a monster metaverse winner? Perhaps eventually. But it’s a waiting game for now.

This article represents the opinion of the writer, who may disagree with the “official” recommendation position of a Motley Fool premium advisory service. We’re motley! Questioning an investing thesis — even one of our own — helps us all think critically about investing and make decisions that help us become smarter, happier, and richer.