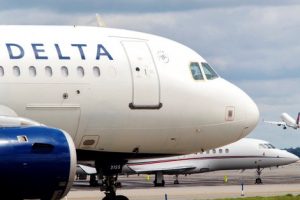 U.S. employers added a modest 199,000 jobs last month while the unemployment rate fell sharply, at a time when businesses are struggling to fill jobs with many Americans remaining reluctant to return to the workforce. The jobs report from the Labor Department showed that the nation’s unemployment rate fell from 4.2% to a healthy 3.9%, evidence that many more people found jobs last month.

The Labor Market Information Center has released the latest Online Job Openings Report (OJOR), a monthly summary of online job openings and active résumés from Job Service North Dakota’s labor exchange system. North Dakota had a total of 17,073 open and available online job openings in December 2021, a change of -2.9 percent (-507) from the prior month and +32.6 percent (+4,199) from the same month one year ago.  Grand Forks County had 1,621 job openings (+434).

Average long-term U.S. mortgage rates have risen to start 2022. They reached their highest level since May 2020, at the height of the coronavirus pandemic, yet remain historically low. Mortgage buyer Freddie Mac reports that the average rate on the benchmark 30-year home loan increased to 3.22% this week from 3.11% last week.

Allegiant Air is ordering new planes from Boeing. It’s a win for Boeing because Allegiant’s current fleet consists entirely of jets from European rival Airbus. Allegiant said Wednesday that it will buy 50 Boeing 737 Max jets and take options for 50 more. The terms of the deal weren’t released. The planes list for between $99 million and $122 million apiece, but airlines routinely receive deep discounts. Allegiant says it will take delivery of the planes from 2023 through 2025.

Passengers looking to hop a flight out of the Grand Forks Airport now have a few more options to choose from.   Delta this week added a fourth round-trip daily connection between the GFK and MSP.  The move adds an additional 50 seats between the two markets.  Allegiant also resumed service after taking December off due to staffing and the retrofitting of new planes.  Allegiant provides service from the GFK to Las Vegas…Phoenix…and Orlando.

The New York Times Co. is buying sports news site The Athletic for $550 million. It’s the Times’ latest move in its strategy to expand its audience of paying subscribers as the newspaper print ads business fades. The Athletic’s website says it has over 400 editorial employees, making it a major acquisition for The Times, whose newsroom stands at more than 2,000.

The sales and marketing manager for the North Dakota Lottery says people continue to play the Lottery games.  Ryan Koppy says the unaudited figures show a $2.7 million increase in Lottery sales in fiscal 2021, compared with 2020. He says Powerball is the big money maker – but the other games – including Mega Millions and Two By Two – are also doing well.

Altru’s new CEO will officially take over his duties on February 28th.  Todd Forkel comes from a nonprofit health system in South Dakota.  Prior to his most recent role with Avera, he served in leadership roles with Essentia Health, Innovis Health and Mayo Clinic.

Grand Forks/East Grand Forks Metropolitan Planning Organization Executive Director Earl Haugen has announced his retirement.  Haugen has served with the MPO since 1993.  His last day on the job will be February 25th.  A search for his replacement will soon get underway.

North Dakota Department of Commerce Division of Tourism and Marketing has launched a newly enhanced website.   The enhanced site is designed to showcase the vibrancy of the state with a new look and improved usability.  NDtourism.com hosted 2,155,110 visits and provided 281,712 referrals to partner sites in 2021.  The site traffic grew 26% in 2021 on top of a 52% increase in 2020.

New data from the music industry confirms what a lot of people long suspected — 2021 was a very good year for Morgan Wallen, Adele and vinyl. MRC Data’s year-end report, presented in collaboration with Billboard, shows that Wallen’s “Dangerous: The Double Album” ended 2021 as both the top country album of the year and the most popular album across all genres, with 3.2 million equivalent album units earned during the year. Adele’s “30” recorded the highest album sales debut in four years.